Small Business owners have consistently been among the most confident in the U.S. economy since 2016, but that finally seems to be fading.

The National Federation of Independent Business reported its NFIB Small Business Optimism Index fell 1.6 points to 103.1 in August, still elevated but the lowest mark since March. And the NFIB Uncertainty Index, which reflects the share of respondents who are uncertain of their outlook, was among the highest since the survey's inception in 1974.

According to the NFIB, the decline in the Optimism Index was driven by weakened expectations for the future as significantly fewer owners expected to see better business conditions and better real sales volumes in the coming months.

Meanwhile, much of the survey responses indicated that, in general, August was a very good month for small businesses, with quarter-on-quarter sales gains and favorable profit trends. However, the decline in optimism and increased uncertainty indicate global trade issues are clearly impeding hiring and investment decision-making by small businesses.

Perhaps the most reliable indicator in the report is the question asking small business respondents if they expect to make capital outlays in the next three to six months. Five percent fewer respondents did so this August compared to a year earlier, a drop not seen since the crisis.

The same trend is seen in those planning to hire, falling a slightly larger 6% in the past 12 months. The divergence between current conditions and future expectations is one seen broadly in the market, most notably in the flattening of the Treasury yield curve. 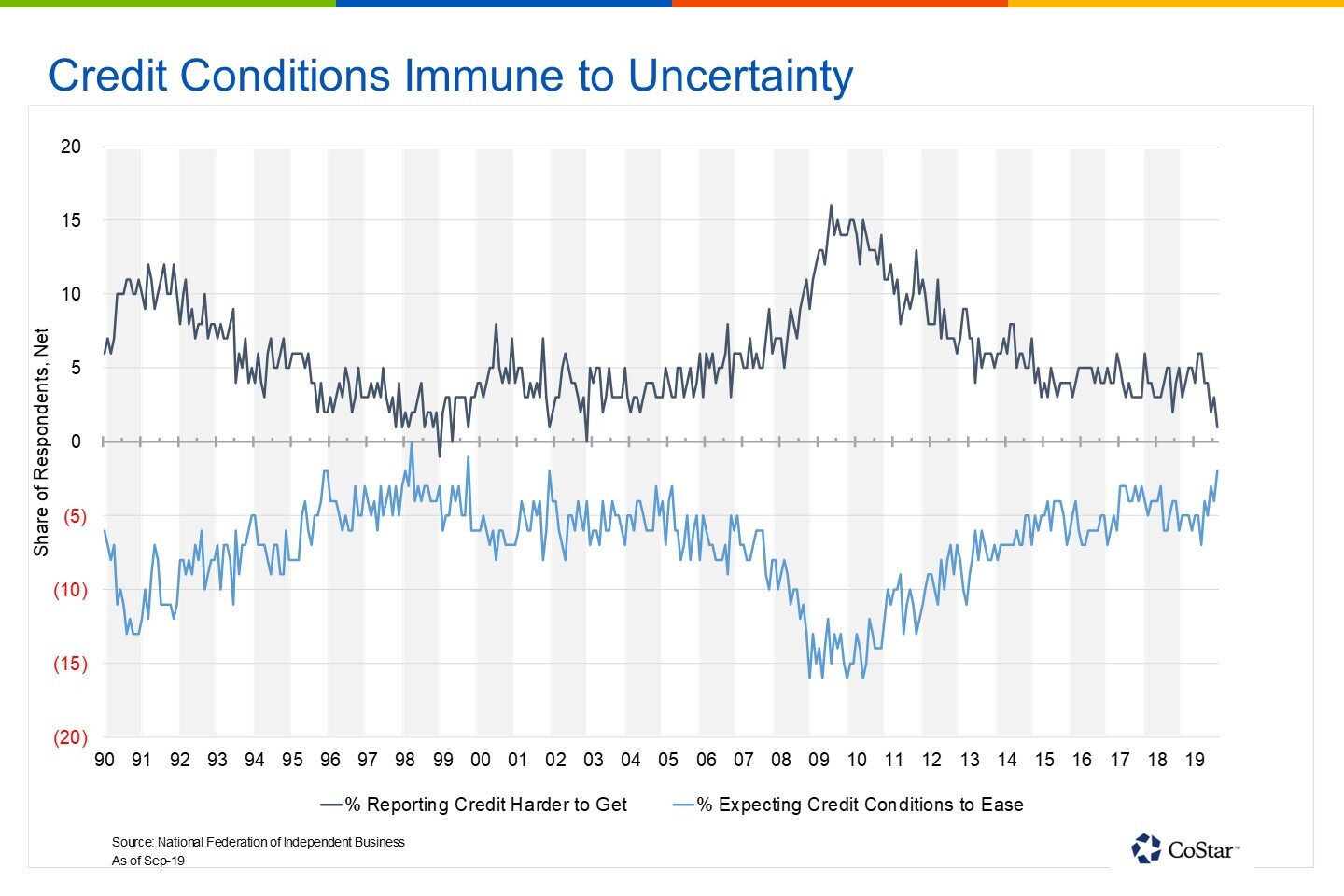 The good news is that this uncertainty has not extended to broader credit markets. Only 1% of firms said credit was harder to get this month than last, one of the lowest observations on record. A similar survey question on credit condition expectations showed a similar trend of little concern about credit being cut off in the future.

The whiffs of late-cycle sentiment are strong in this report, but there still lacks a clear indicator of recession, especially as credit markets remain intact. How the trade war plays out remains essential in potentially avoiding recession in the near term.